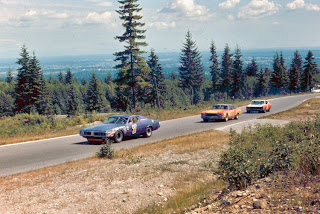 Learned that Jack McCoy, from Modesto, California, passed away earlier in April. He had been a NASCAR Western Grand National champion a couple times. And he travelled north to Langley and Western Speedways as well as the Westwood sports car circuit for NASCAR races.

I bought his book, Racing's Real McCoy, a few years back. A good look at his life in racing and the west coast NASCAR scene of the 1960s and 70s.

A couple links and a couple photos of him with his No. 7 at Westwood.