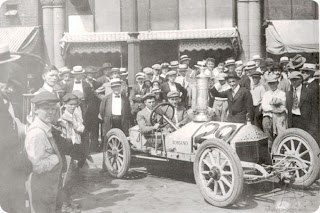 Been meaning to get these up. The site I got them from -- Artemis Images -- seems to be temporarily down.

Rae Lentz drove the Romano Special to victory at the first Pikes Peak hill climb back in 1916. 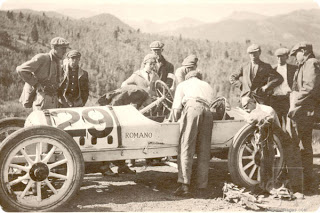 Posted by befastpast at 5:27 PM No comments:

BY JENNIFER SALTMAN, THE PROVINCE

Two years ago, doctors had nothing positive to tell Travis Rutz’s parents.

They told Doug and Kathy that Travis’s brain was so injured that he would never recognize them or know who he was, and encouraged them to look at alternatives for their son’s care.

Now, Travis’s memory is as sharp as ever, his sense of humour is intact, he uses a spelling board to communicate and he has big plans to get out of his wheelchair as soon as possible.

“He silenced all the critics,” says Doug at his home in Langley.

One of the dirt track kings in the northwest, Travis was known as the Canadian Kid by the time he was 21. The trophies piled in his parents’ garage and the records he holds are evidence that when he raced sprint cars he won — a lot.

“Travis won at every level. He was really a natural at it,” Doug says.

Racing runs in the family and Travis began at age 7, when he was introduced to asphalt quarter midgets. After about five years, Travis moved on to racing mini sprints, then full-sized sprint cars.

Twenty-two laps into the 30-lap Construction Industry Classic at the Terre Haute Action Track in Indiana, a racer blew his engine and smoke billowed out of his car as he slowed, then stopped in the middle of the track. Unable to react in time, Travis and another racer hit the stopped car.

Doug, who was in the stands with his dad watching, says the track was dried out and dusty, and going into the straightaway, where the wreck happened, drivers were looking into the sun.

“In his race, there was almost a perfect storm for disaster,” Doug says.

Doug says the crash didn’t look as bad as some of the others Travis had been in, but “unfortunately, he got hit in the head and, obviously, that was the game changer.”

“I really didn’t think it would happen,” he says.

Travis was rushed to the hospital across from the track, then flown to Methodist Hospital of Indianapolis. He had fractured most of the bones in his head, ruptured an artery behind his eye, fractured ribs and mangled his right arm. As Doug drove the hour from Terre Haute to Indianapolis, he had no idea if Travis would be alive when he arrived.

It upsets Travis to hear his father talk about the crash. He scrunches up his face and the sounds he makes are heart-wrenching.

“You’ve done it all. We’ve just been here to help you,” Kathy says.

Travis spent a month in Indiana — in a coma — before being transferred to Langley Memorial Hospital. At home, the Rutz family quickly realized that there were no facilities in B.C. that could help Travis.

“A province that’s as big as ours should be ashamed that there’s nothing here,” Doug says, adding that Travis would have to be much stronger to enter a facility such as GF Strong Rehabilitation Centre in Vancouver.

Luckily, they happened to hear about the Halvar Jonson Centre for Brain Injury in the Centennial Centre for Mental Health and Brain Injury in Ponoka, Alta. Last summer, Travis went there for rehab and Doug moved with him, living out of a trailer. Kathy and Travis’s brother Kenny visited regularly.

“How many people have the potential to get better but their families just don’t know?” Kathy asks. “Maybe somebody will read this and somebody will get there.”

After 13 months of intense therapy, the family reunited in Langley on Aug. 2. The house has been renovated and outfitted with lifts and equipment to help Travis. A van gives the family freedom to take Travis wherever he needs to go.

The family has received tremendous support from friends, family and the racing community.

Tens of thousands of dollars were raised to pay for the family’s expenses, signed helmets and wing panels have arrived from well-wishers and there were so many visitors that Travis’s parents had to turn them away so that he could rest.

“All of that stuff was done without us being involved at all,” Doug says.

Kathy says people continue to support Travis, now 23, because of the racer he was — helpful, friendly and never too tired or busy to sign an autograph.

“There wasn’t a little kid out there that didn’t worship him,” Kathy says.

Travis’s “bring the pain” attitude, drive and determination have kept him on the right track in his rehab.

“It was just amazing to watch. He’s just tried so hard,” Doug says.

Walking is the next step for Travis, but he’s got only one thing on his mind. When asked about his plans for the future, Travis gestures with his arm like he’s holding a steering wheel and then spells it out on his board.

Okay, it was just a cold, but one helluva cold. Still not quite done with it but I went out to see Senna, the documentary, which hasn't taken everything out of me.

Guess that means I have to go back to work. Always a downside to being healthy.

Part of a CBC television tribute to Ayrton Senna from 1994. 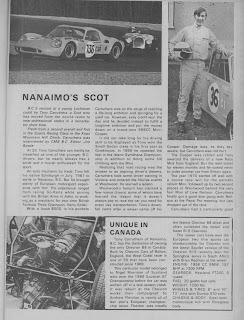 From Nanaimo, and a Westwood regular.
Posted by befastpast at 10:00 AM No comments: 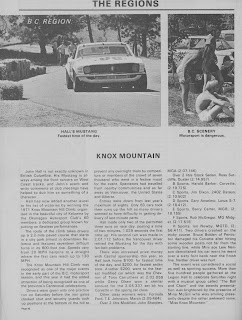 From the July 1971 Canadian Motorsport Bulletin.
Posted by befastpast at 10:00 AM No comments: 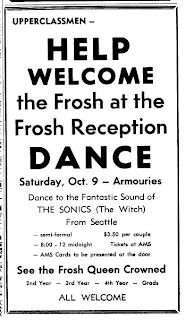 The Sonics, from Tacoma, WA. They played the northwest. Gerry Roslie could scream with the best of them. This song is about the Mustang of the day. 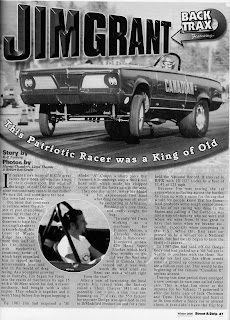 An article chronicling some of Jim Grant's exploits. 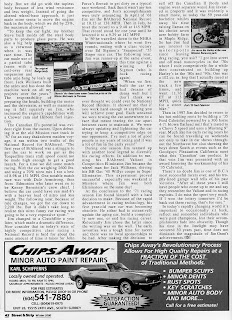 Posted by befastpast at 8:17 PM No comments: 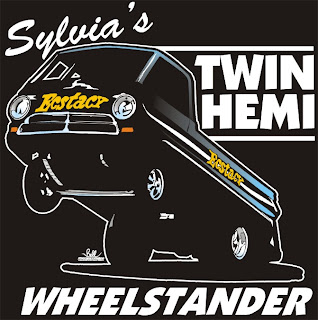 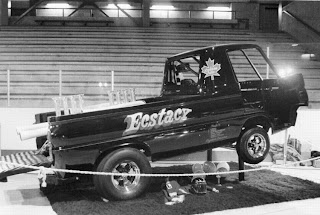 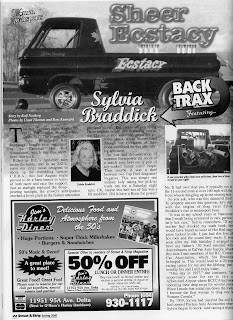 Story on Sylvia Braddick, who ran a wheelstander in the 1970s. 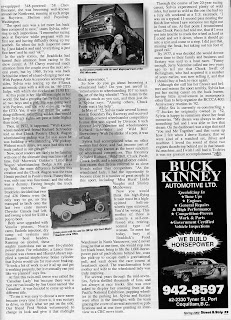 Posted by befastpast at 4:18 PM No comments:

a 1930 IMCA race from Winnipeg

Some new race results from the IMCA. It comes in these days in dribs and drabs but it still is coming in.

A new track, the 3/4 mile Polo Park, I'd not heard of. I will have to chase down the Winnipeg Free Press from that era next trip to the microfilm morgue.